A family retreat cluster located at the edge of an existing town in the Pyrenees, was both the briefing and the plot allocated for us to develop a 3 house project with a common architectural speech but with the necessary flexibility to allocate a family of 6 (teenagers) a family of 4 (kids) and a single projecting a family in the future.

After thorough investigation of the local traditional architecture and its organic growth around old farms (main house usually suffered additions of other family members residence or cattle barns) we decided to set the three buildings in a “U” shaped form or as the call it in the Aranese region “Auviatge”.

Its not only the layout of the houses but also its materiality, stone, wood, slate. Its also the perception that the homes are much like a rock with very limited holes for the space to breathe, giving the house a very solid, heavy look.

Moreover we have digged deep in the traditional masonry details to avoid the eaves that paper-mache copycats have been building since the mid 20th century, perverting the traditional solution where the slate roof and the stone wall are very much a continuum.

Finally trying to run away from building a fake, we have gone for a design that embraces the traditional ideas, layouts and solutions but with a modern approach that is clearly emphasized in the wooden gable where we’ve intentionally avoided the full glazed façade and allocated a large quantity of wooden panels (as did the traditional Aranese cattle shelters). 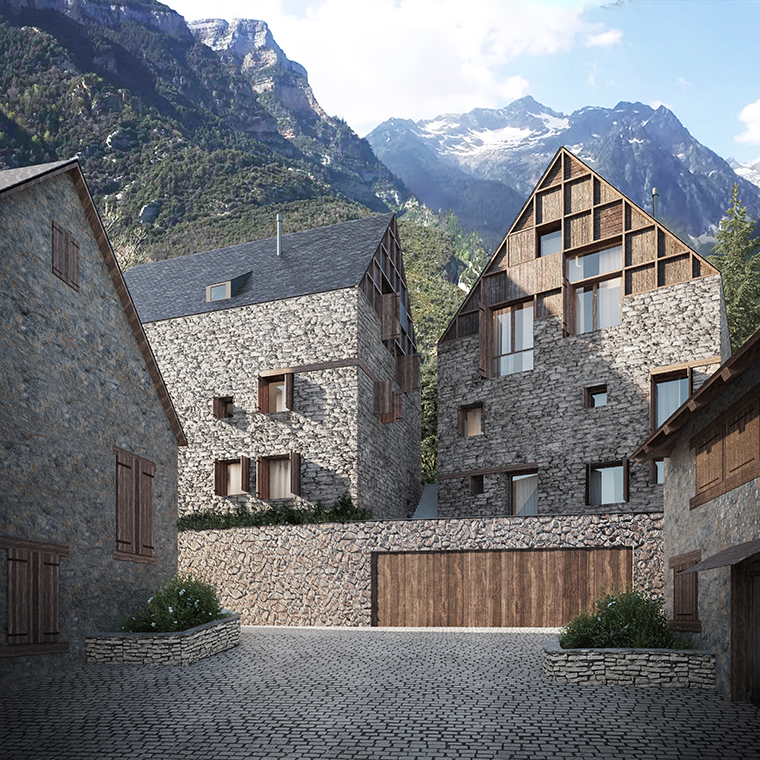 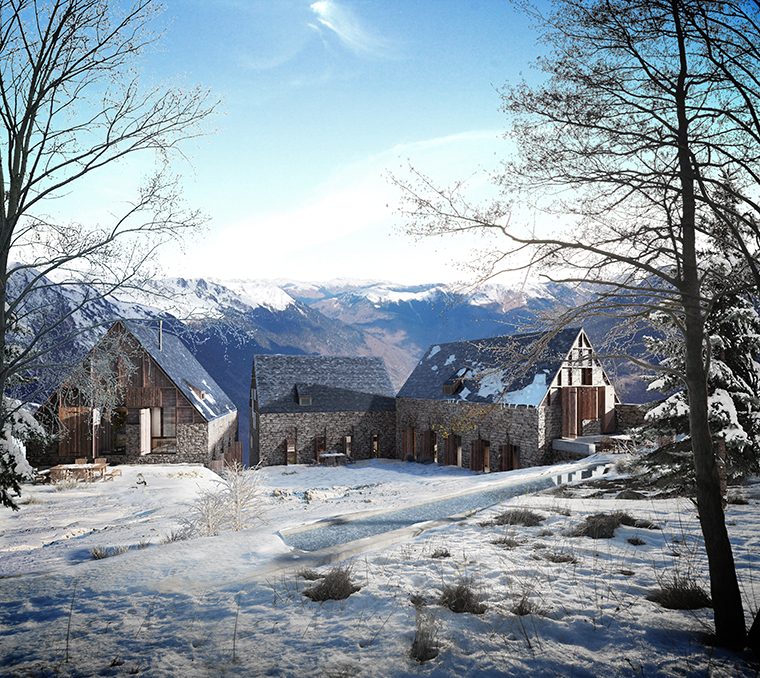 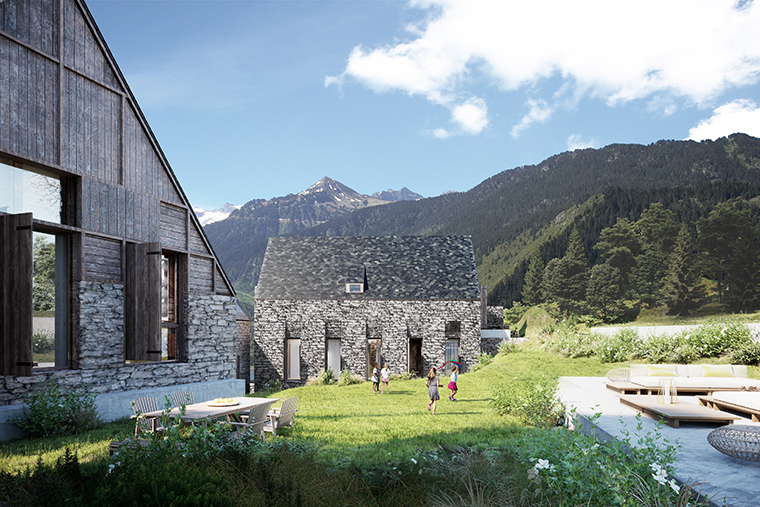 Close
Previous project Next project
Back to top
Close
We use cookies to ensure that we give you the best experience on our website. If you continue to use this site we will assume that you are happy with it.OkPrivacy policy